Six itineraries, with different difficulty, to discover Montseny and its surroundings.

Montseny Walking through the heart of the Massíf
This walk begins in the square of the town of Montseny and continues towards the Tordera River before arriving at the Romanesque church of Sant Martí.
The route passes along country paths and trails and a small stretch of road. The walk runs through oak and river woods on the banks of the Tordera and follows a path to the Romanesque church of Sant Martí; the first church built in the Montseny area.

Sant Esteve de Palautordera  Views over the Turó de l’Home
This walk begins on the town’s main street and leads to an area of the municipal area which is still used for farming. The route passes close by the Castell de Fluvià, crossing the road and continues to the banks of the Tordera River. You need to cross the river, and you may have to go barefoot to get to the other side – which is always fun.
The path leads towards the Castell de Montclús which is currently being excavated. We continue towards the path which leads on to the church of Santa Magdalena before following the path which takes you back to the Tordera River and the town of Sant Esteve de Palautordera.ordera.

Cànoves i Samalús A walk around Vallforners reservoir
From the church in the town of Cànoves, drive to the car park near the Vallforners reservoir. The path follows the banks of the dam along a path (cars are prohibited), until the “tail” of the dam, before continuing along the course of the stream until the Casa de Vallforners, an impressive fortified structure whisch is currently under restoration. On the outward bound path, follow the Vallforners signs. while on the way back, follow the Meridià Vers sign.

Arbúcies Walking along the bed of Riera d’Arbúcies
Leave the town square (the Plaça de la Vila) and follow the sign for “El Camí” which leads you down several steps and on to the tunnel of Can Cornet, which also meets up with the Route of the Painter Santiago Rusiñol.
You can end the walk at the sign for the apple orchard ( the pomarium) which is at a junction and where you can either walk up to the Parc de la Glorieta or follow the signs for one of the longer routes. This is a flat walk which follows the course of the river bed which is flanked by trees. The apple orchard is open for visits (to see with the different varieties of apples in the Montseny area). It is a route for relaxing and is filled with the sound of water and birdsong.

Viladrau  The chesnut trees of Viladrau
This route starts at the town square and continue to the children’s play area in the Plaça Dr. Carulla, follow the Passeig Ramon Bofill, and continue until you see the symbols for the local C-81 path, where you take the old path from Viladrau to Sant Marçal to enjoy magnificent views of Sant Segimon and Matagalls. The route continues into a wood of ancient chestnut trees, one of which is known as the Chestnut of Nine Branches – which is one of the largest in the Montseny area, with a height of 23 metres.

Sant Antoni i Sant Pere de Vilamajor  A route for enthusiastic hikers
Start at the church square in the town of Sant Antoni de Vilamajor and continue, following the signs for the PR-C 139 route, passing by different farm houses in the municipalites of Sant Antoni and Sant Pere.Continue walking upwards until reaching the hermitage of Sant Elies, which gives you a good view over the landscape. You can choose to continue up the hillside patch which leads on to the Pla de la Calma anb which links up with the GR-5 walking route. 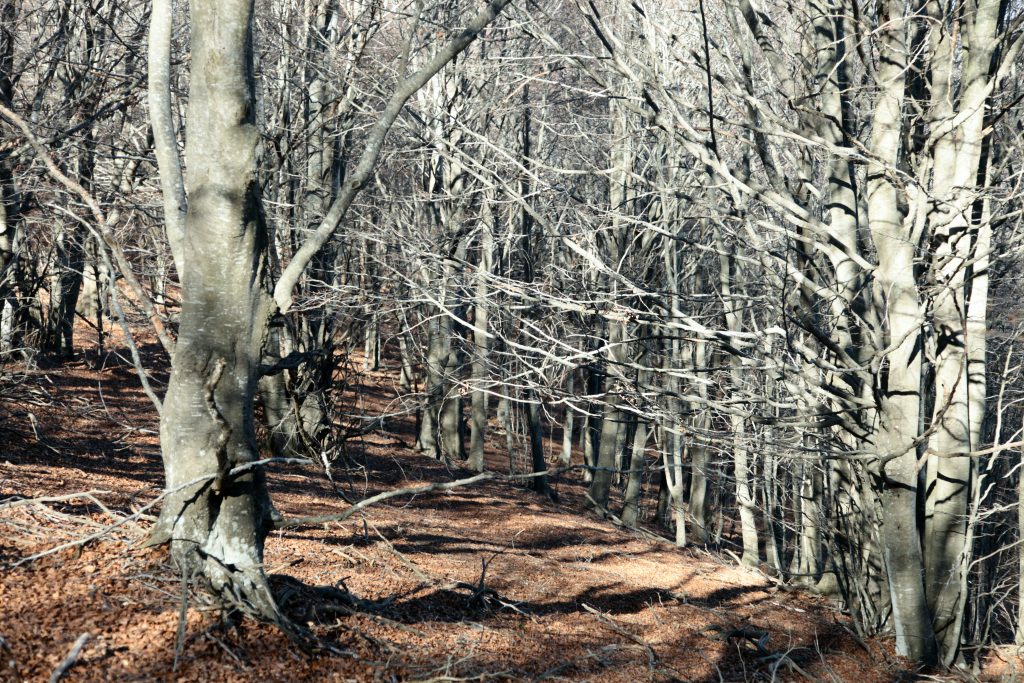